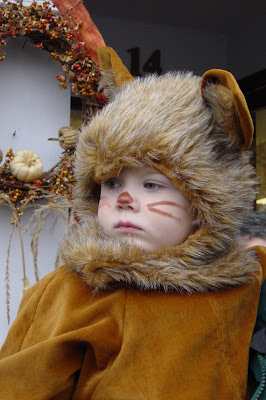 This is the first costume I made, and I believe it will always be my favorite. It was made for Timothy’s first trick or treat when he was about one and a half. He was the cutest lion of all time and this is my favorite picture of him in his costume even though it doesn’t show the full thing and he looks sad. I still love it! 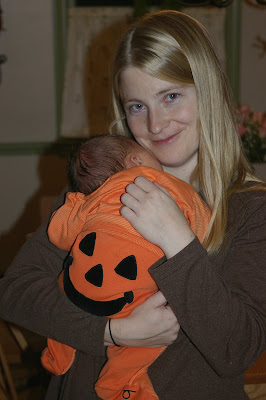 The following year, Lily came home from the hospital on Halloween day. She wore this funny little one piece outfit with the jack-o-lantern bottom. Timothy was a kangaroo that year but we don’t have any good pictures of that costume. It wasn’t terribly successful anyway. The ears wouldn’t stay up. 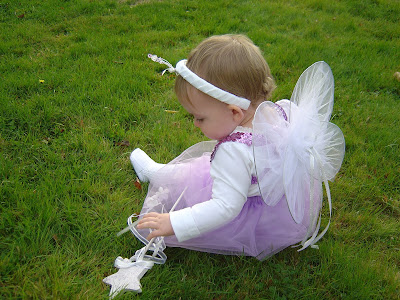 The following year, Lily was a fairy. I had fun making her wings, a beaded headband, sparkly star wand and skirt with little silk flowers inside. She was just learning to walk. 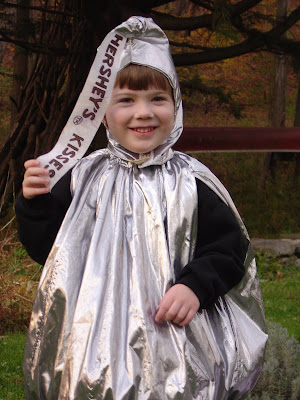 Because we had just moved and I wasn’t able to make two costumes due to the chaos, we borrowed this cute Hershey kiss costume for Timothy to wear. My sister-in-law had made it for her son. 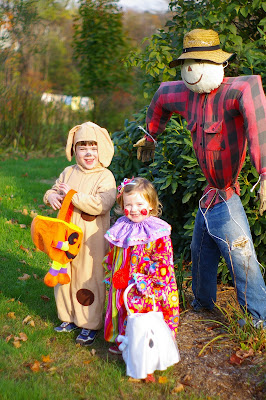 The next year, both kids decided on their own what they wanted to be. Timothy asked for a dog costume and Lily decided on a clown. Lily will be wearing the dog costume this year. 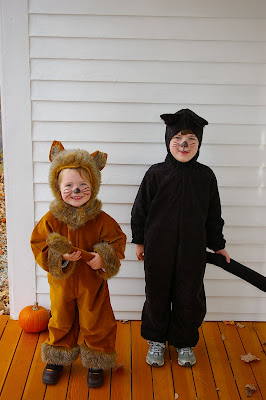 Then last year, my favorite lion costume made a reappearance as Lily wore it! Timothy asked to be a black cat.

I do wish that they would be a little more creative in their costume choices so that I could have more fun creating them but they look adorable nonetheless!

I will post costumes for this year once we take pictures! Even Penny will be dressed up!