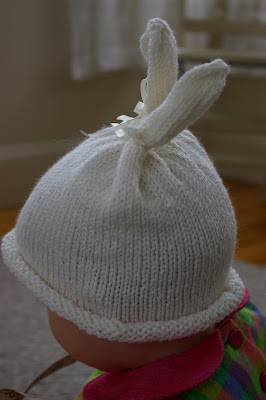 My son had emergency surgery on his tongue last night. He slipped in the snow about a week ago and hit his chin and bit his tongue. The bleeding increased so last night he had to have it cauterized and stitched. Really. The poor kid isn’t feeling well today and asked me to sit with him as he napped this morning. So, I watched my biggest baby sleep while my littlest was napping in her crib…and I finished this! 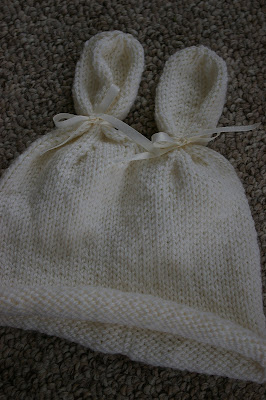 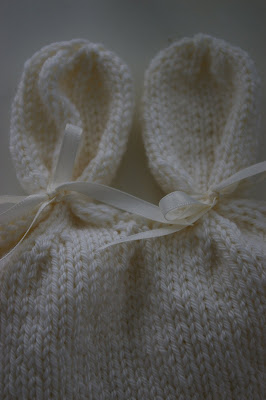 This is the Bunny Tail hat from Itty-Bitty Hats. It’s called Bunny Tail because you are supposed to include a pom pom bunny tail above the rolled brim in the center back. I skipped that because it didn’t make sense to me. A bunny has ears on his head but not a tail! 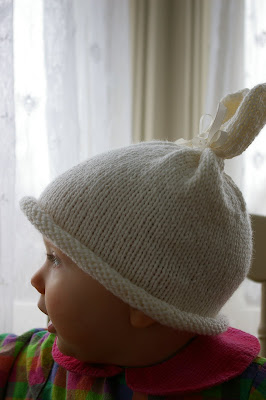 It’s a super cute hat. I wish I could have gotten a straight on picture but my model wasn’t cooperating. I had to distract her from pulling the hat off simply to get these shots!