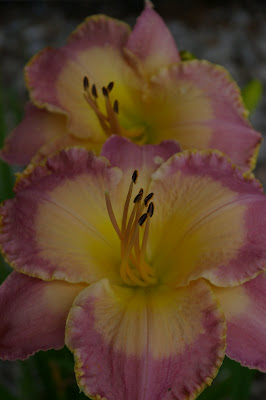 My husband has been on vacation so yesterday we all went to the nursery down the road (quite literally about 4 lots away) to browse and look for a few new things to fill some bothersome empty spots.
This is “Spiritual Corridor.” Isn’t she a beauty? I love the “ruffle picotee” edges on the petals! I didn’t worry about buying this plant because I haven’t lost a daylily yet. They are so drought and pest resistant. Even the nasty little voles haven’t bothered them so far. 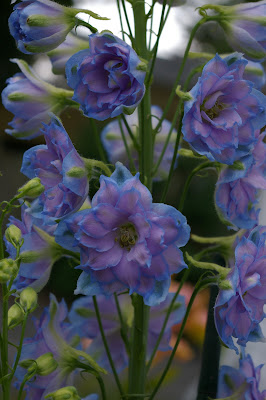 This is a Delphinium called “New Millennium Stars.” I have always loved Delphiniums but I couldn’t grow them in our old yard. They just never made it more than a season. Rather than trying them here, I decided to grow a couple from seed. That way if they didn’t make it, I hadn’t spent much money. They did make it and have bloomed for the last two years, even though they are in an area most attacked by the voles. So, we decided to give this one a try. It’s just so pretty. 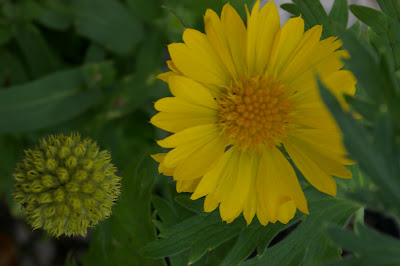 And lastly, this is a new type of Blanket Flower called “Mesa Yellow.” It only gets to be 18″ so hopefully it won’t be too leggy like some I see. What sold me is that its tag said “drought tolerant.” We are in the midst of a watering ban for the fourth summer in a row. Also, things that are drought tolerant seem to handle vole damage better. Basically, the voles tunnel through the soil leaving it very, very, well drained. So the plants that are drought tolerant have been able to survive. Also, it has really neat seed pods doesn’t it? They need to be removed after a bit for rebloom but I am thinking of trying to dry them.
If you can’t beat the voles, learn to live with them.