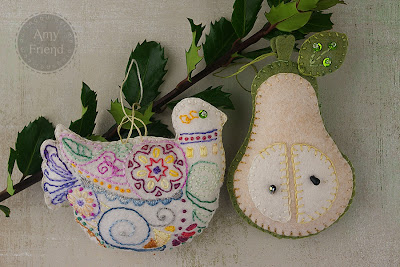 You may think that it is too early to start thinking of Christmas.  I might agree except that summer is the perfect time to start a portable project and Christmas ornaments are just that!  I love this little set that I just finished.  Each ornament takes quite a bit of hand stitching time but it can be done on the lake, at the shore, pool side, in waiting rooms, etc. 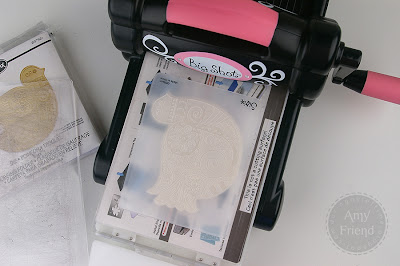 The partridge ornament was made using the Sizzix die Bird 2 with Bonus Textured Impressions.  I cut two of the bird die using some gorgeous natural white wool felt from National Nonwovens.  I took one of the pieces of precut felt and placed it inside the embossing folder on the multipurpose platform , Tab 1, in between the cutting pads. 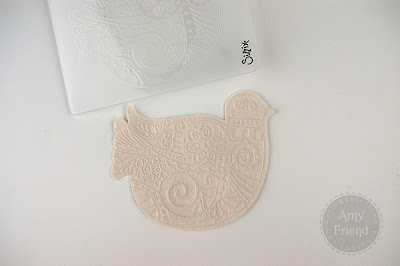 This is what the felt looks like embossed. I know that the embossing will not hold in untreated felt, as the fibers shift around, but my hope was that they would last long enough for me to use them as an embroidery pattern.  And they did! 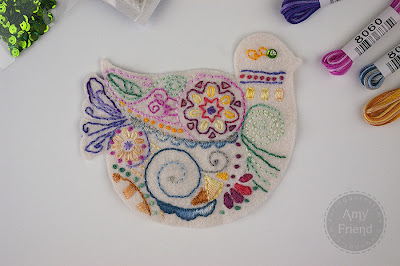 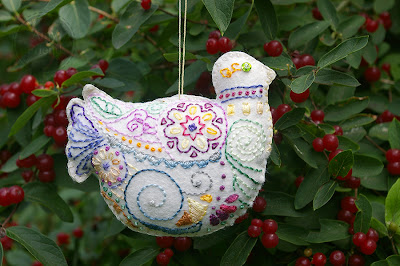 After the embroidery was complete, I added a single sequin for the eye held in place with a clear glass seed bead.  Then I used a blanket stitch to hold the two layers of the bird together, left an opening for stuffing, and then closed it up. 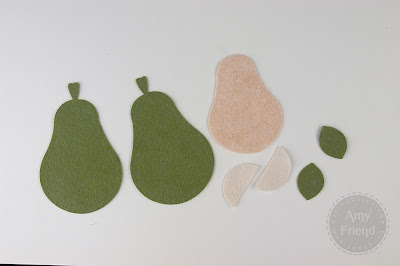 The pear was cut using the Sizzix Pear Die.  Again, I used National Nonwovens felt to cut the pieces of the pear.  I cut two of the complete pear for the front and back of the ornament.  I cut the inner pear out of a wheat colored felt and the innermost pieces out of the natural white like the bird. 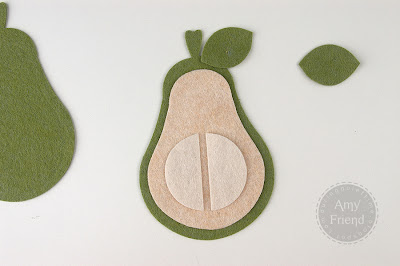 I stacked the felt pieces on the pear and used Cosmo embroidery floss to secure them with a blanket stitch. 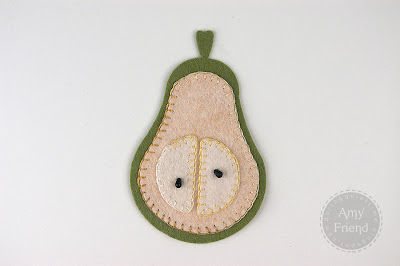 I added tear shaped beads that I happened to have for the pear seeds.  I added three sequins to the leaf for a little sparkle. 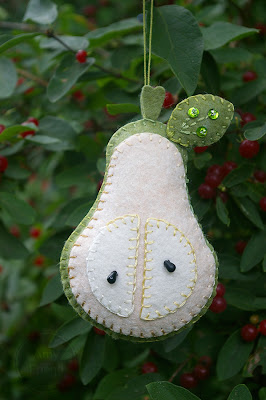 Again, I used the blanket stitch around the perimeter and stuffed.