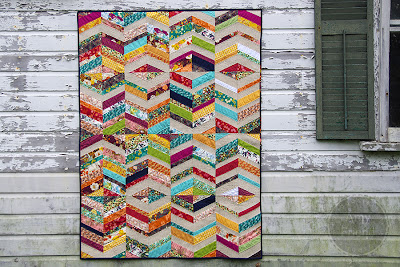 I’d like to share my Indie Vibrations Quilt today, pieced with Pat Bravo’s Indie, Robert Kaufman’s Essex and Kona, and a few shot cottons. Most of the solids were found at Marmalade Fabrics. The herringbone blocks are paper pieced using my own pattern. I decided to paper piece because I wanted the lines to be different widths and I wanted them to match up nicely. I thought I could do that best paper piecing. 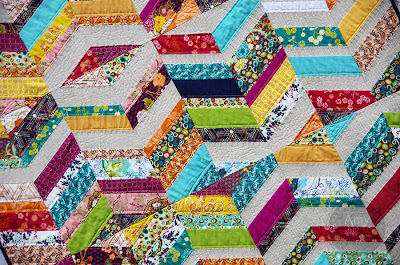 The quilt top measures 48″ wide by 64″ long.  I started scrappy on the left and increasingly added more linen and coordinating solids as I moved to the right. I used both color stories from Indie in this quilt-Moonlight Temple and Sunlight Bazaar. 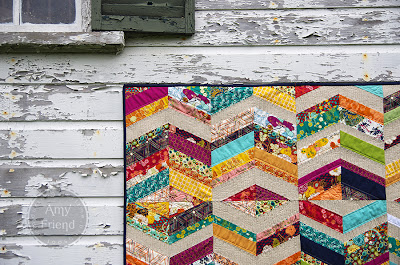 The quilt is bound in Kona Navy with a little scrappy strip on the right side. 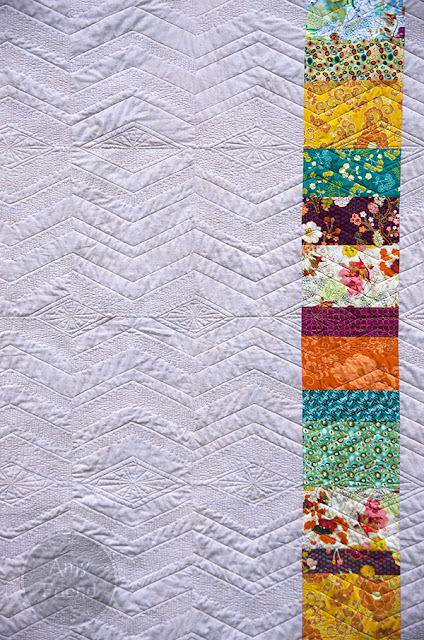 I love the way the quilting looks on the back!  The backing is Timeless Treasures Linen Look with a pieced Indie strip.  I quilted heavily in the linen sections and then used some straight line stitching in the other areas.  I made a free motion triangle burst sort of design in the”eyes” of the quilt.

Indie is now available! You can find it at the Fat Quarter Shop and Sew Fresh Fabrics.