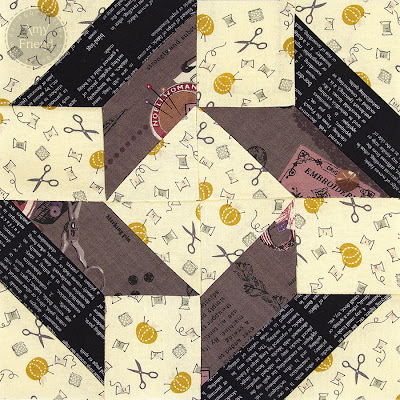 Hi, Amy here today to teach you how to construct another block in our quilt along.  Last time, I showed you how to make the Enigma block.
I have received feedback from a number of you letting me know that you’d like to see how a single die can be used in multiple ways before purchasing it.  For this quilt along, I plan to show you blocks in mini series based on the dies used.  You can join in for a single mini series and create a pillow or mini quilt with the blocks, or carry on and create a sampler quilt.
This block is called the Bachelor’s Puzzle.  Like the Enigma Block, it features the parallelogram.
From a dark print: Cut 4 parallelograms
From a medium print:  Cut 4 parallelograms
From a light print:  Cut 4 2 1/2″ half square triangles  and 4 2 1/2″ squares 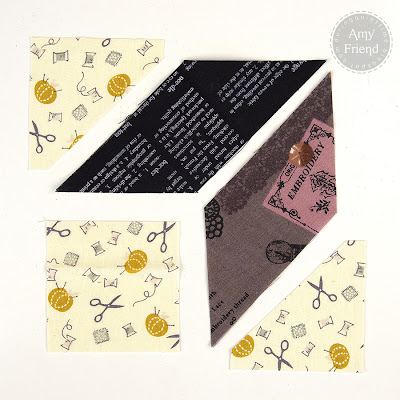 ﻿
This block is made from four identical sections.  Each is laid out as shown in the image above. 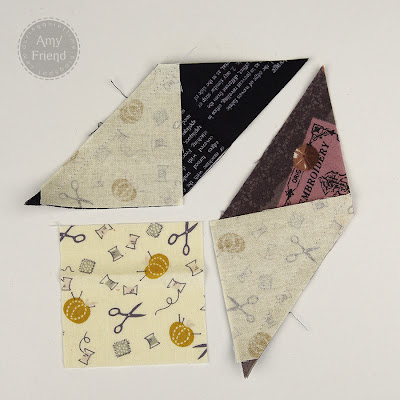 With right sides together, place the half square triangles on the parallelograms and stitch.  Iron the HST out flat. 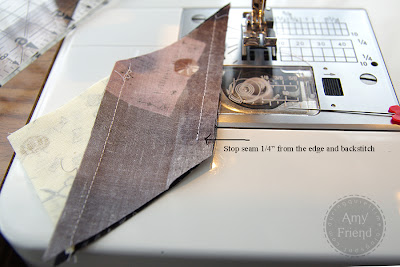 Next, line up the center seam that joins the two parallelograms.  Stop stitching 1/4″ from the edge and back stitch.  The square in the corner will be inserted with an inset seam and that is why this is necessary. 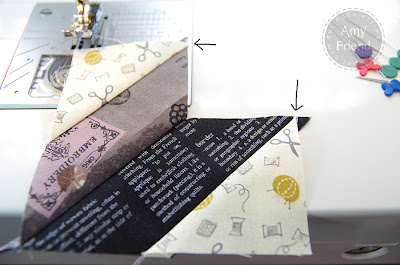 At this point, it’s nice to cut the tips off the edges of the block (see arrows) so that they are not in your way. Place the corner square on top of the block, right sides together as shown above. 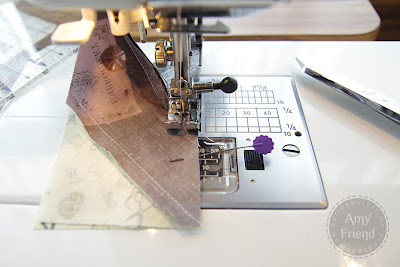 At this point, I like to flip it over and begin stitching at the inner edge, where I back stitched the seam joining the parallelograms.  Back stitch and stitch to the edge of the block
﻿ 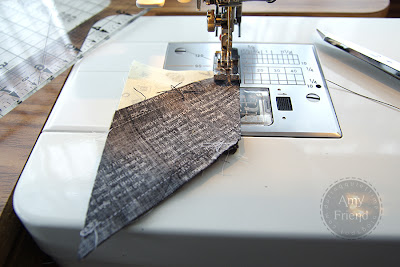 Stitch the other side of the square in the same way, back stitching in the center where you have your inset seam. 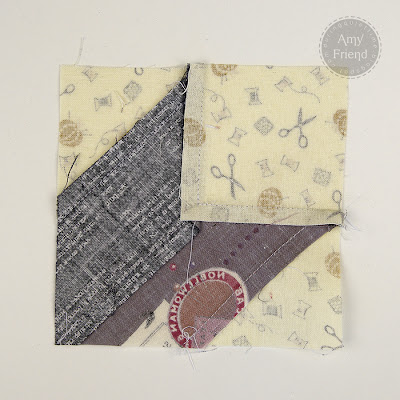 This is what your finished section looks like from the back.  I iron the seams from the corner square into the center of the block and the seam joining the parallelograms to one side. 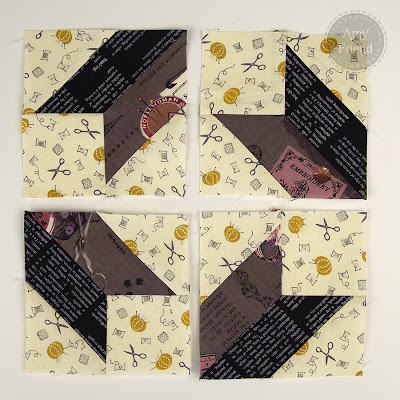 Make four identical units and lay them out as shown above. 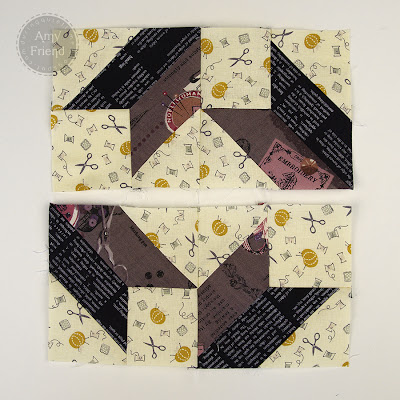 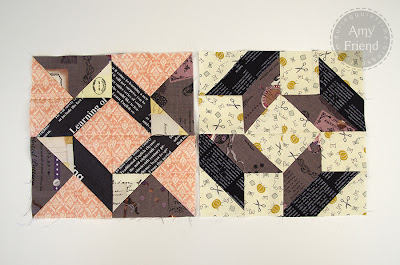 There you have it, the first two blocks in our quilt along, both featuring the parallelogram die and other basics such as the HST and square.  If you aren’t convinced that you need the parallelogram yet, I have another couple of blocks to show you soon!
﻿