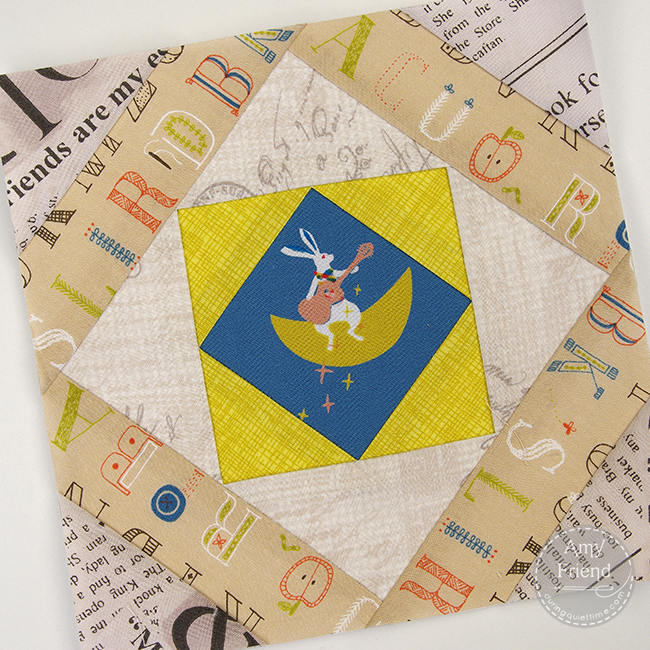 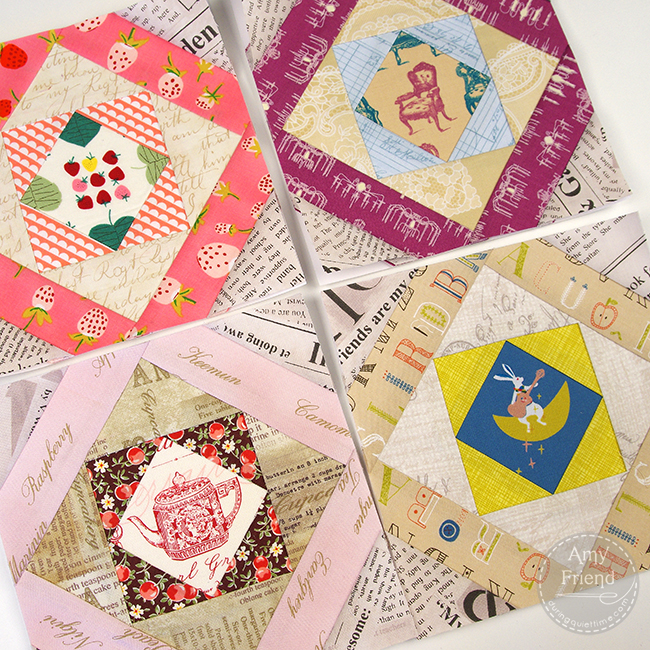 You would have to be living under an Instagram/blogging rock if you haven’t heard about the Economy Block Along. Suddenly everyone is making Economy, or square in square blocks following a tutorial provided by Rita at Red Pepper Quilts. The blocks are very fun and addicting. I just made two of them for our Seacoast Modern Quilt Guild block lottery. While making them, I realized that this simple block could help me with my New Years sewing resolution. I like to say that I don’t hoard fabric but it is only partially true. I tend to sort of hoard my texty fabrics and Japanese prints, especially those from Sew Me A Song. I just like them so much that I don’t want to run out, but seriously, they aren’t easy to enjoy sitting on a shelf hiding from the light. So I made a resolution at the end of December that this was the year that I was going to decimate my Sew Me A Song stash! It’s a little bit hard to make that first cut but then it is easy. 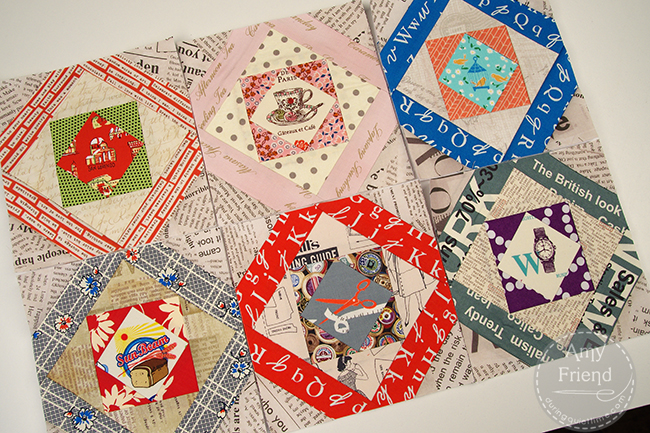 The Economy block is great because it allows you to use little fussy cuts in the center.  But my stash included a lot of prints that would be best shown off in strips. So I decided to go with this paper pieced Mosaic block. It is basically an Economy block on point with added strip borders and then triangular corners.  I am making my blocks 7″ finished which is an odd size, admittedly, but is the largest size that can fit on a single sheet of paper.  The block is paper pieced as one unit. 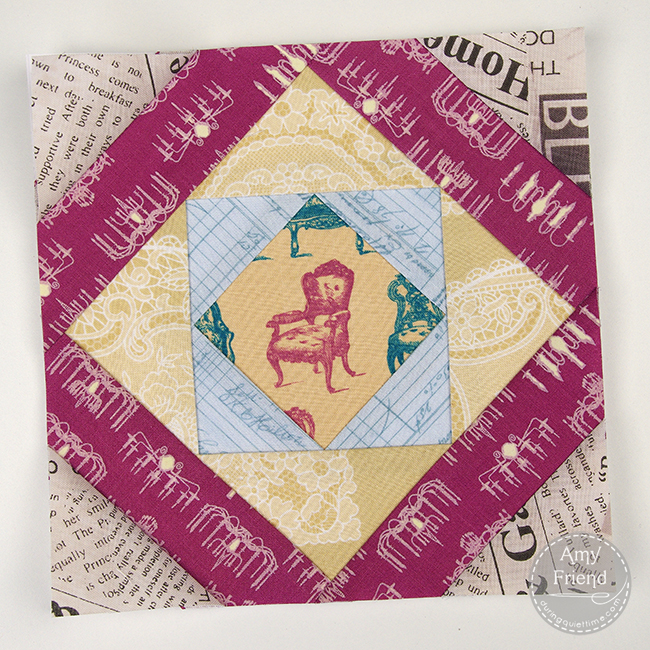 I’m having so much fun choosing my fabrics.  This block has a chair in the center.  I chose a text print that is made up of woodworking receipts to frame it…since the chair had to be built right?  Then I used lace to symbolize the curtains in the drawing room, followed by the chandeliers.  It’s fun making up these little stories as I go.

I am imagining this adorable little bunny on the moon singing his ABCs, hence the border on this block.  Fun, fun, fun! 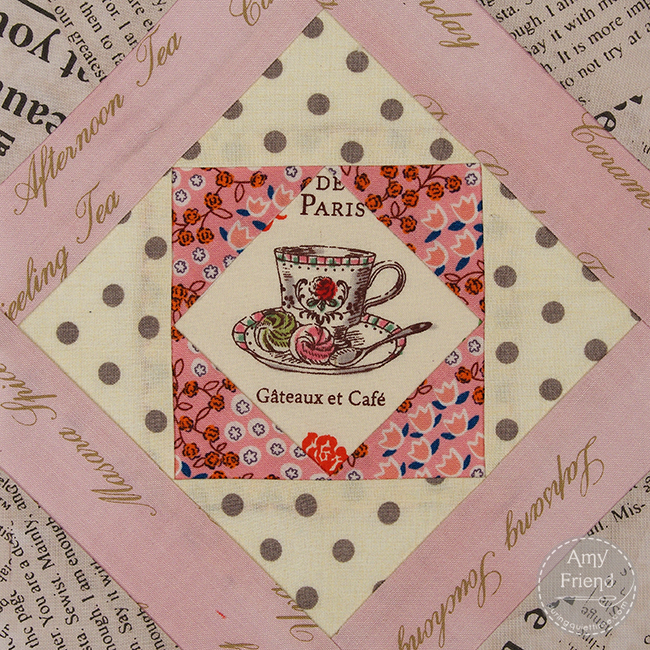 And I love this combination of the tea cup with the pink text fabric that has tea names on it!