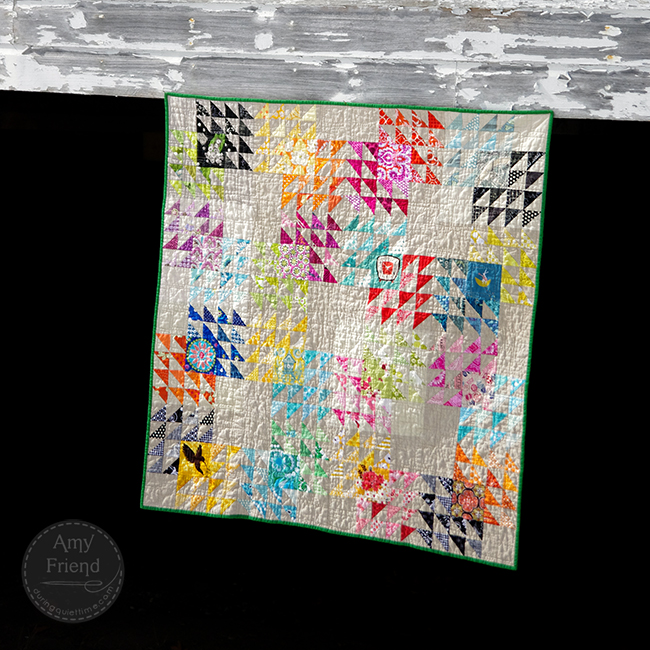 Well, this finish is long, long, overdue. I received 11 of the blocks nearly two years ago from my Stash Trad Bee members and added a couple. The traditional block is called the Winged Square. I have a tutorial for it here. When I join a bee, I feel responsible for finishing a quilt with the blocks since so many people put their time and energy into making them. So it has been nagging at me that I hadn’t finished this yet. I intended to make it bigger but decided that finishing was good and finished it as a 48″ square baby quilt. 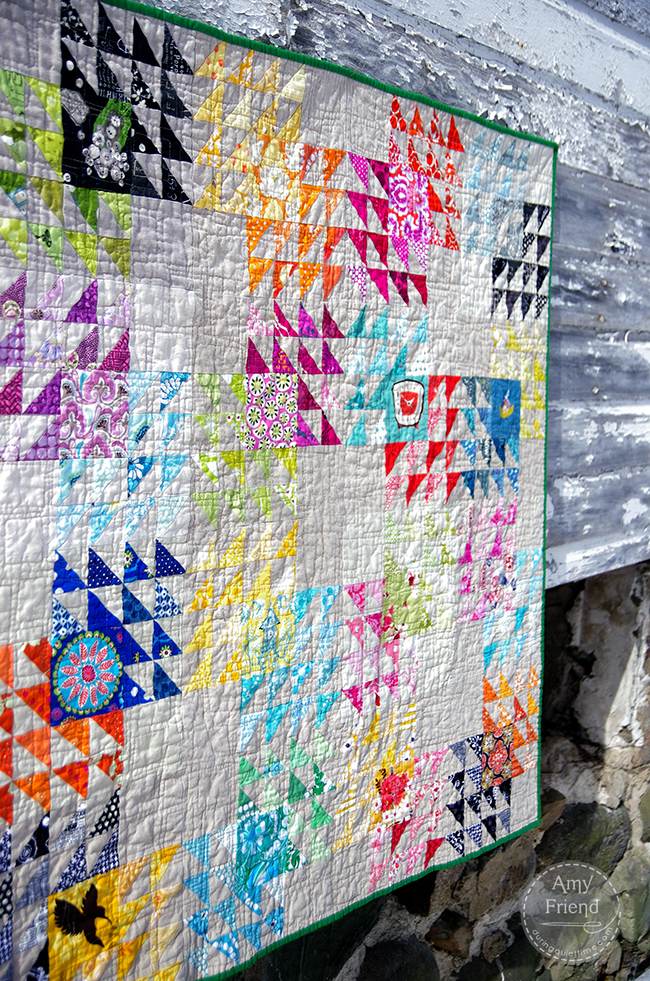 My son asked for the quilt so he’s going to keep it on his bed as an extra layer. I was tempted to quilt flowers in the open linen areas but since it was going in his room, I used a meandering square instead. He picked the green binding. It was amazing how much the linen softened after a wash and dry. I think we probably had all starched the heck out of our blocks and that combined with the weight of the linen made them feel pretty heavy and stiff as I was assembling it, but, no longer!

Thank you to everyone who contributed!