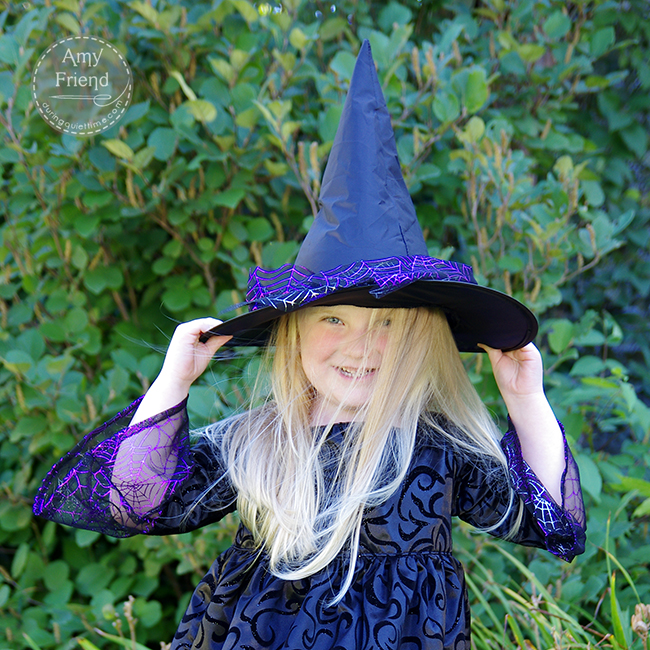 My 5 year old asked to be a witch for Halloween. It’s not the most creative costume idea but she has been mentioning it for at least the last two years when she has graciously agreed to wear costumes I already had in the house.  This year, I decided she would get a costume of her choice this year. And she chose witch! 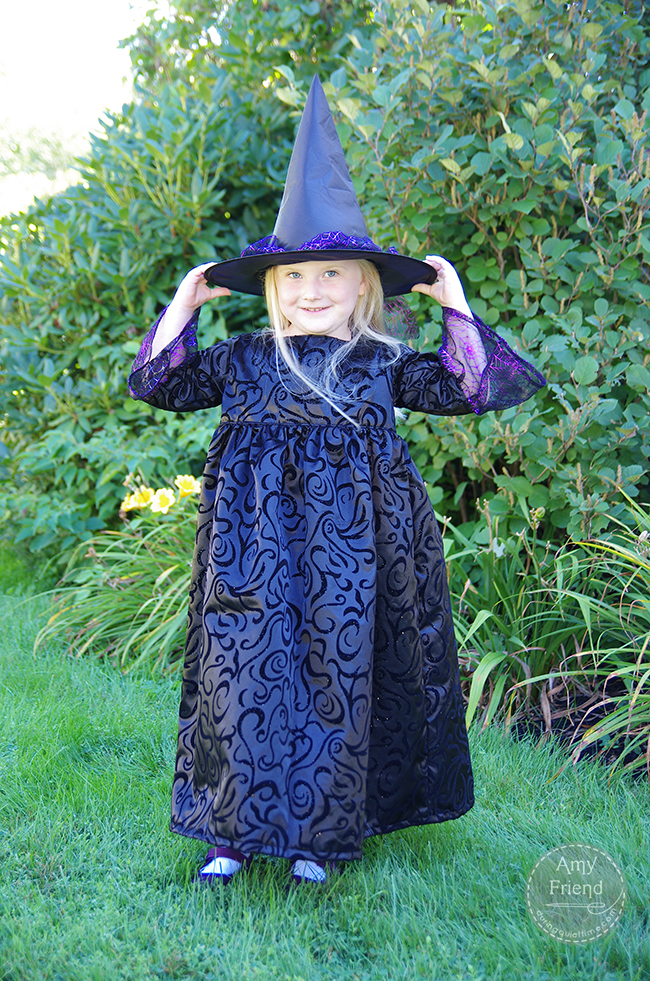 I used the Sally Dress as the basic pattern for the dress.  I did not add the large patch pockets and added several inches to the length. I cut the pattern for the longer sleeve length and at the sleeve hem, added an approximately 6″ ruffle made from some sheer synthetic fabric with metallic purple spiderwebs.  I can actually see that modification being made to this pattern to extend it into the winter, with velvet and velvet ruffles.  It would be quite pretty! 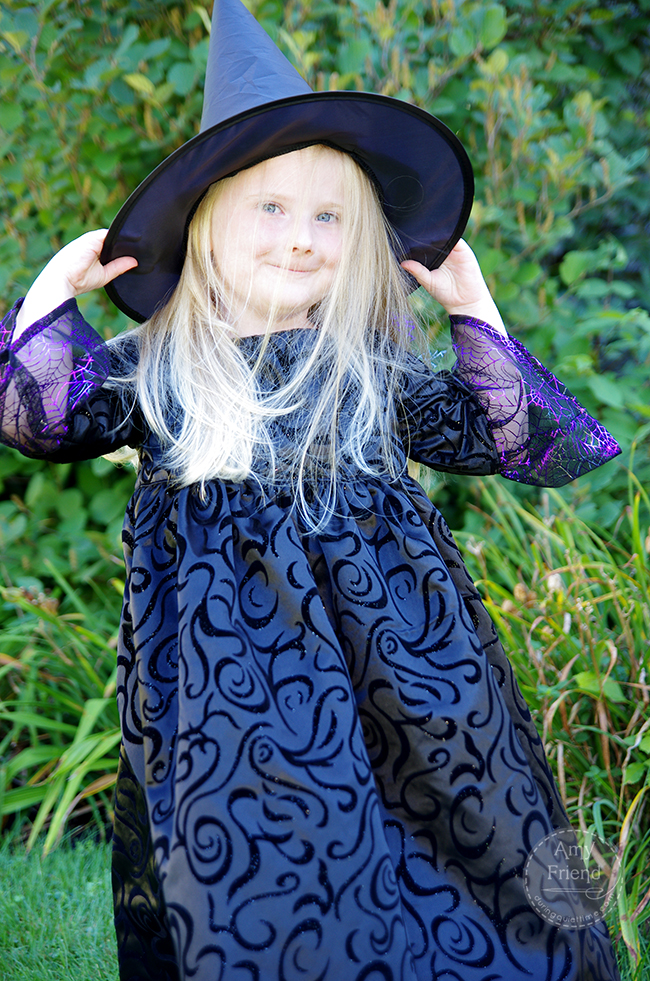 I thought that the Sally Dress would be good for a costume because it is a pull over style that she can pull right over a tshirt and leggings for the holiday parade at school. 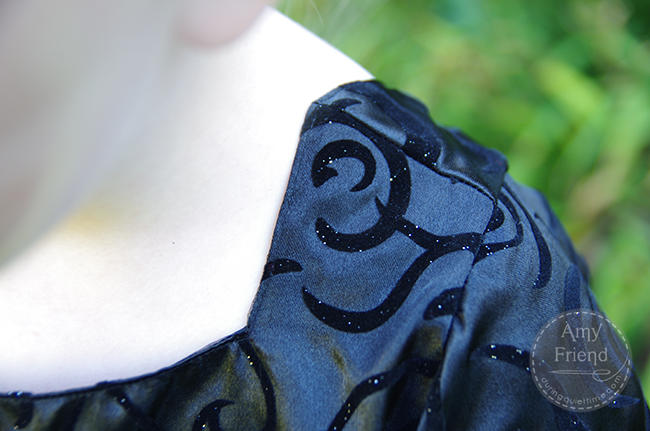 Also, the little shoulder detail, when made out of a black Halloween costume material, feels like a witchy to me! 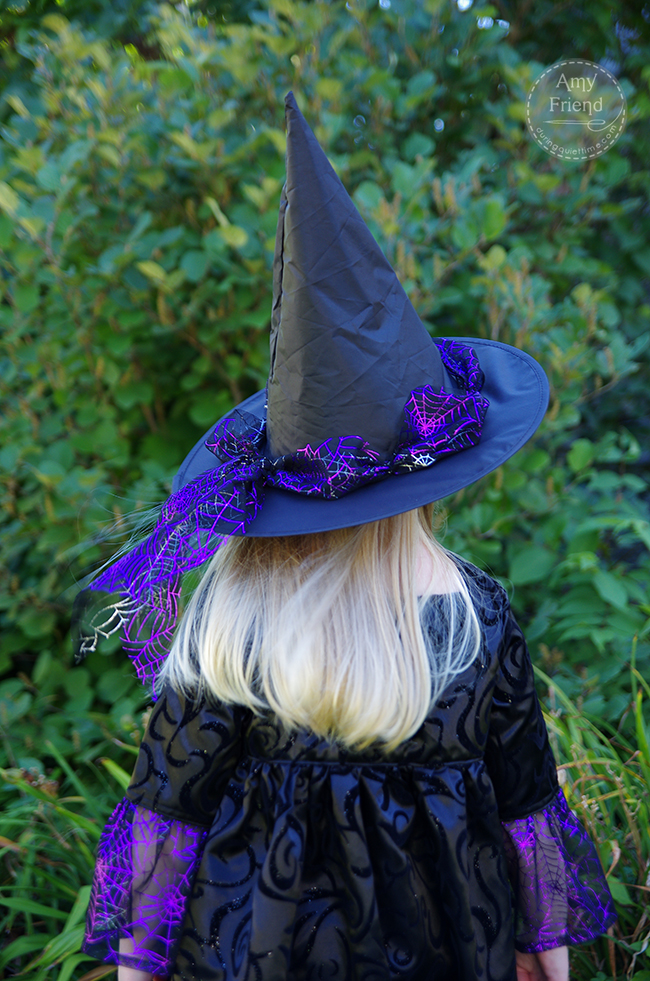 Her hat was purchased at JoAnn and then we added some of the metallic spiderwebs to the brim.  We discovered during this photoshoot that the hat blows right off her head in a little wind so we will add some ties before trick or treat!