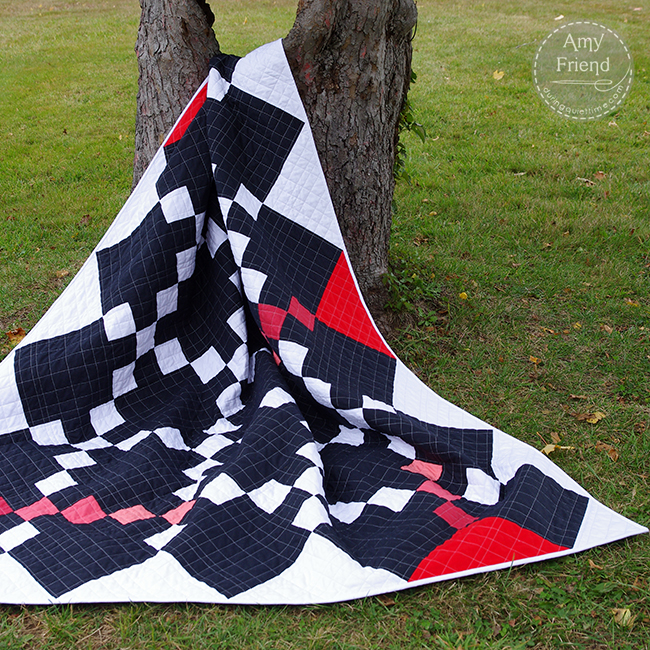 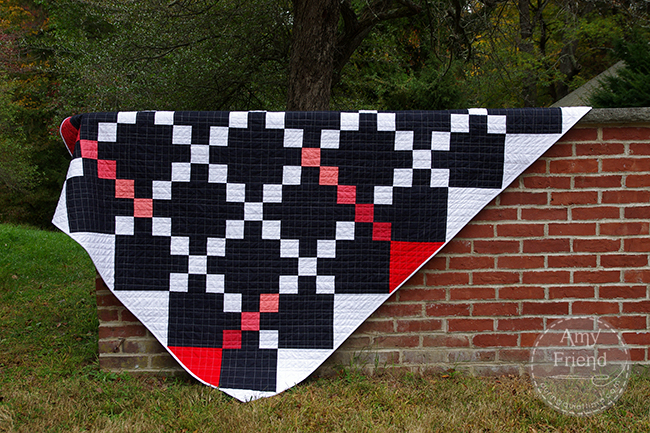 I have finished my Irish Chain Variation!  As I mentioned in a recent post, this quilt was inspired by an Amish quilt on the back cover of the book A Gallery of Amish Quilts.  The original quilt was all yellow and blue.  I obviously went with white and black and then broke into the negative space with reds in an ombre progression. I had been calling this a Nine Patch Variation because that’s what I thought it was…then I read the caption on the original quilt and it is an Irish Chain.  So I guess I will now call this my Irish Chain Variation. 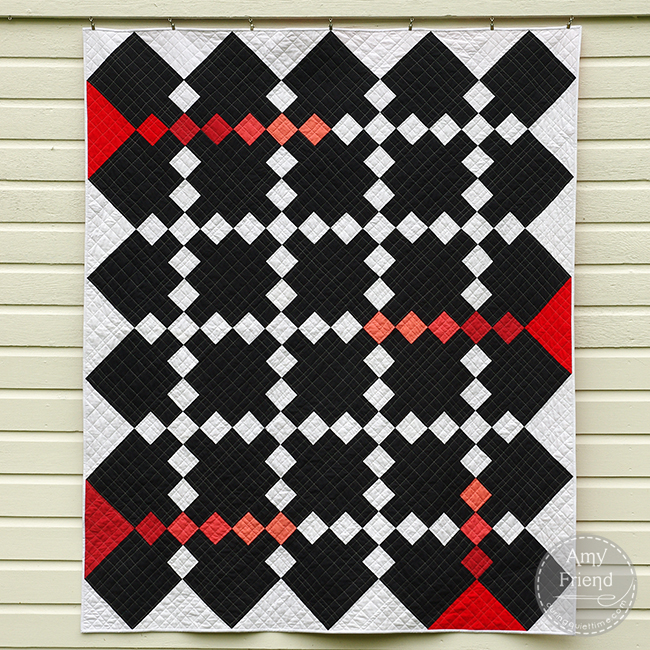 The fabrics used are Kona Pepper and Kona White, along with various shades of red to salmon in Free Spirit Solids.  The finished dimensions are approximately 63″ x 75″.

The quilting was done in irregularly spaced but straight (as possible) lines to form a diagonal grid. I debated thread color a lot. I ended up going with a soft gray Aurifil which blends well in the white and red areas but certainly shows in the black. I didn’t want to change threads and do freemotion quilting inside the black shapes because it just wasn’t the look I was going for.  I sort of like the overlay of lines.  It adds another dimension to the quilt.

I chose to use the solid white for the binding, a foolhardy choice, I know. But I like how it blends with all those setting triangles.

And here is one last picture for fun.