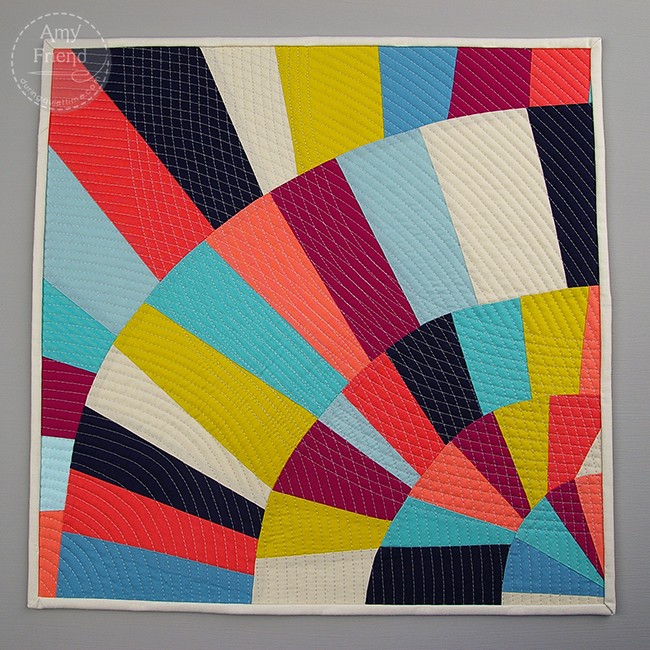 Last week I worked on this mini for our Seacoast Modern Quilt Guild exhibit at this year’s The Gathering in Manchester, NH.  Our guild has been asked to create an exhibit that will give a clear idea of what constitutes modern quilting.  So, we are attempting to include only quilts that have alternate gridwork, negative space, solids, improv, bold colors, etc.  For one portion of the exhibit, each member has been asked to make a mini measuring 18″ or 22″ square.  They are to be modern takes on traditional blocks and use only solids.  We were assigned traditional blocks and mine was the Grandmother’s Fan. You can see a sample here. 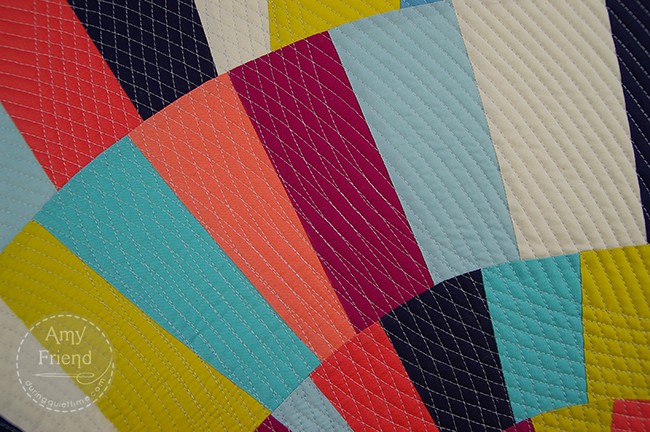 I decided to take an improvisational approach to the block. I chose a selection of Kona and Pure Elements solids based loosely on the Cotton + Steel color scheme.  I then handcut and randomly pieced a small fan and three larger arcs. 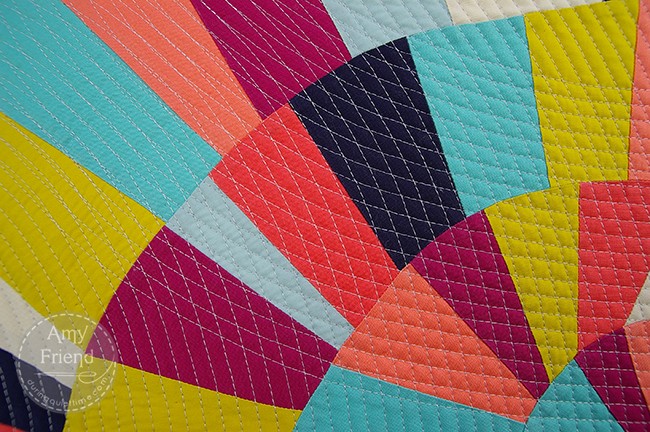 I hand cut curves and sewed the arcs together. I squared up after adding each new arc. 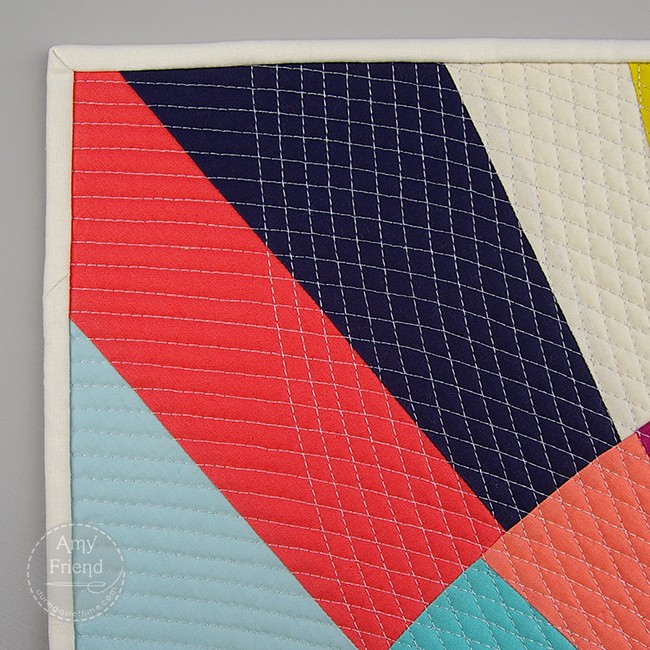 I had my quilting planned from the beginning. I quilted in arcs from the lower left to upper right corner, spaced 1/4″ apart.  Then I reversed the arc and quilted a wide band through the quilt in the opposite direction. I love how the lines crisscross and overlap and form diamonds. 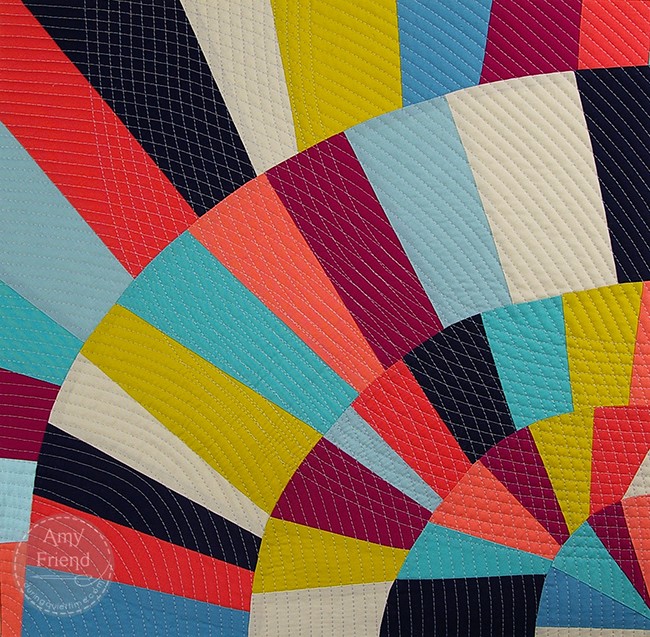 I had so much fun with this mini!  While paper piecing is my go to technique, I love to mix it up once in awhile.  I’m looking forward to seeing what the other members of my guild come up with. I think it will be a fun portion of the exhibit and ALL members’ minis will be accepted so everyone has a chance to have their work shown in the exhibit.