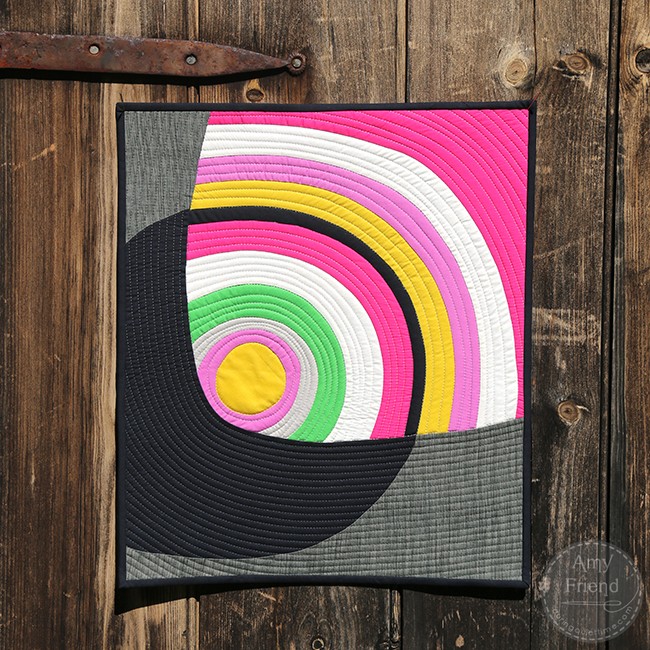 Recently, I asked my former colleague, Victoria Solan, for some suggestions for modern inspiration to use in my quilting. She recommended Bauhaus 1919-1933; Workshops for Modernity by Barry Bergdoll and Leah Dickerman. Well, before I even opened the book, I was inspired to somehow replicate the cover image by Joost Schmidt from 1926.  His was an offset print on cardboard measuring 12 1/8″ x 9 3/16″.  Mine is an improvisationally pieced mini quilt measuring 18″ x 21″.

The Bauhaus was a school of art and design founded in Germany in 1919.  It was shut down by the Nazis in 1933.  In that sort time, they discussed and experimented with the idea of modern art.  I love the graphic quality of the cover image and the radiating circles.  I didn’t even attempt the fine lines that you will see on the cover but rather began with an inset circle and then hand cut curves of about 1/2″ to an inch and a quarter. The initial curved were tight and therefore tricky, as was hand cutting the black circle and matching its seams with the black arc. But I really enjoyed that challenge. 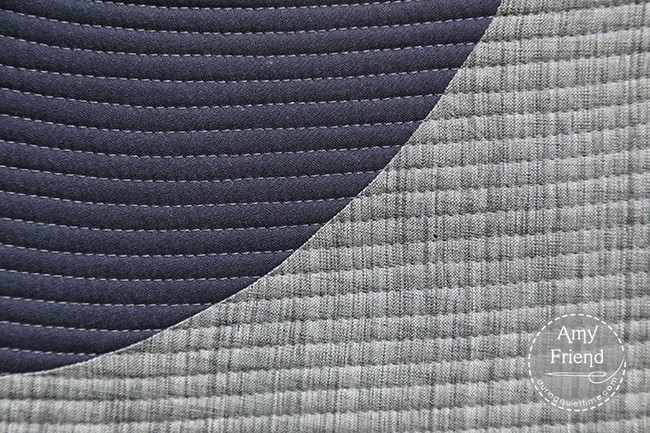 Due to the difference in media, I had the opportunity to add another dimension to my piece with quilting lines. I chose to echo the arc like shape in the black and grey sections with dark grey lines of quilting spaced 1/4″ apart.  Then I quilted in concentric circles in light grey thread for the colorful portion of the mini.

I had a lot of fun with this experiment. I found it technically challenging and forced myself to reach a bit for my color palette including that green that isn’t normally included in my work.