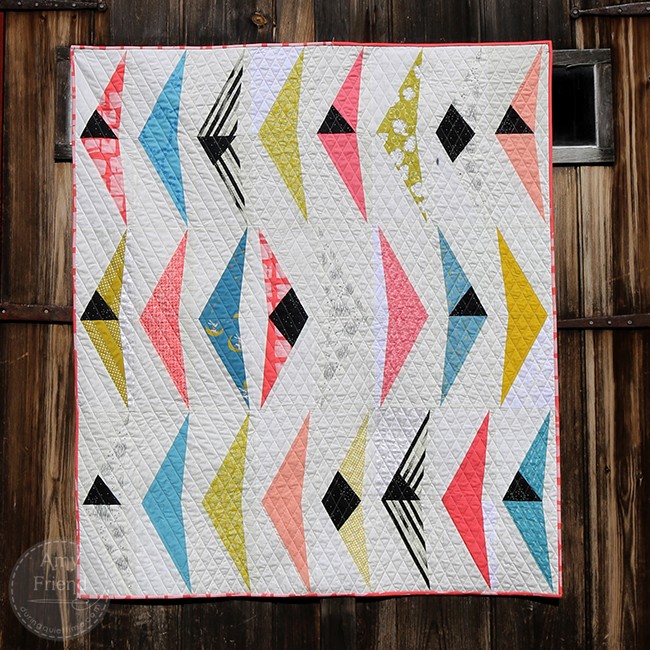 I just finished this quilt that I am calling Wings.  While designing it, I found myself referring to the elongated triangles as wings, and the black triangles that are present in some of the triangle sets as “beaks.”  I then arranged the triangles in flocks of birds flying in the same direction.  There is a slight change of course in the second row (the watermelon colored block 4th from the left).  Where that bird turns and pushes through the wind heading in the opposite direction, the quilting changes too.  From the tip of that bird out, the quilting is a diagonal grid.  To the left of that bird, the quilting is only on the diagonal. 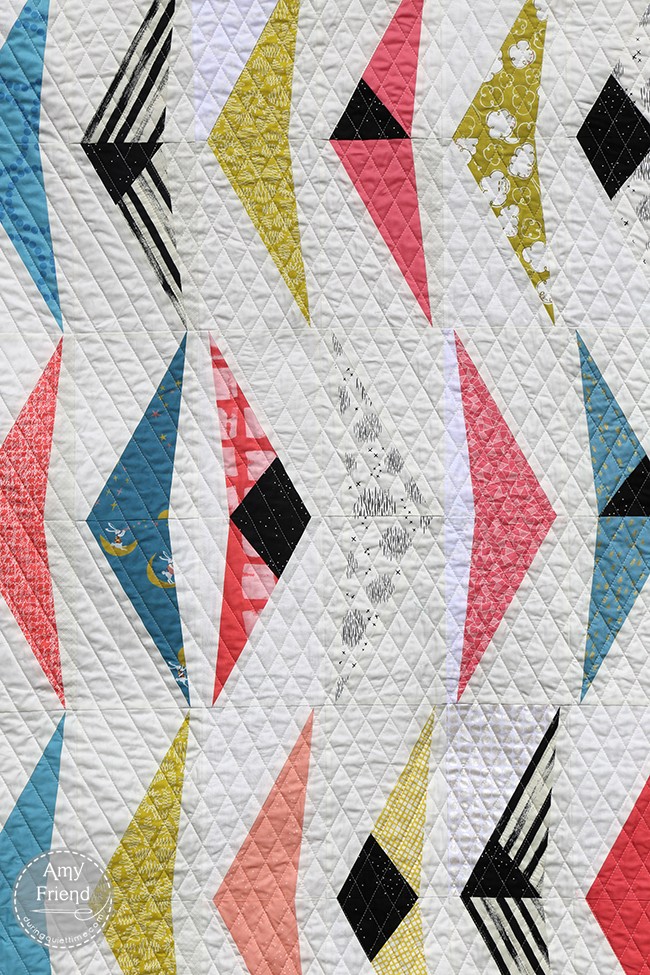 You may be able to see the quilting detail better in this picture.  When planning the diagonal grid, rather than starting at opposing corners, I followed the lines of the wings so that the shapes produced would be elongated diamonds to correspond to the elongated triangles that form the wings.  The prints that have strong directionality were carefully cut to echo the wing shape and enhance the feeling of motion. You can see that most clearly with the Cotton + Steel black and white stripe, but also the AGF Squared Elements print to the left of it and the Heavy Metal print in to the far right in the center row.

I was speaking with my former colleague, architectural historian Victoria Solan, about this quilt. She pointed out that the suggestion of motion, that I worked to include in this quilt, is characteristic of mid-century modernism in America.  She cited Eero Saarinen’s TWA Terminal from 1962 as an example. What I love about this example is that it too was intended to suggest flight in an abstract manner. 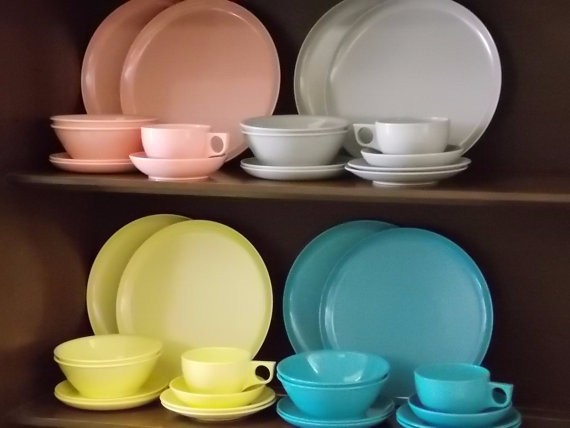 The color palette that I used is reminiscent of mid-century modern melamine. My grandmother had a set of these dishes that my mom grew up using, and then we used them for years when I was a kid.  I will confess that this association was not purposeful when I selected the colors. I was going for a particular feeling, which I can now see was very mid-century modern in color as well.

The quilt has a certain feeling of whimsy due to the simplified palette and the fabric choices. I included a quirky Japanese print with little bunnies sitting on the moon as well as a Cotton + Steel print with smiling clouds.  Vicky said that it appears that, “Charley Harper seeped into your conscious.”  I love that association.  His American Modernist designs were inspired by nature but pared down to their simplest form; bold shapes like triangles, squares and circles. His work is often described as colorful, bold, minimal and whimsical. 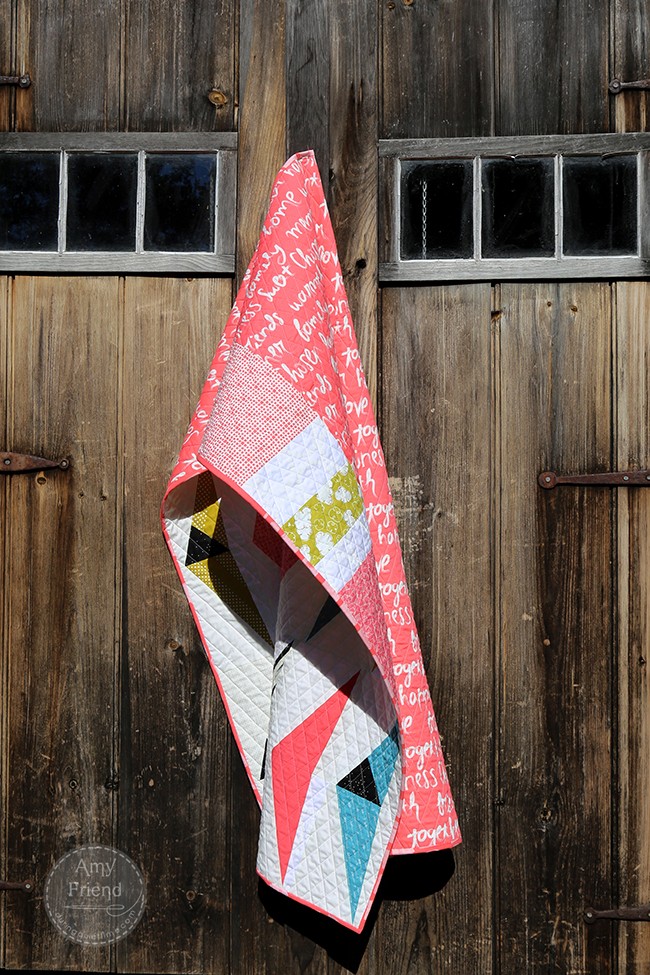 I used Caroline Hulse’s To Live by Love text print for the back of the quilt, from her Happy Home collection for Art Gallery Fabrics.