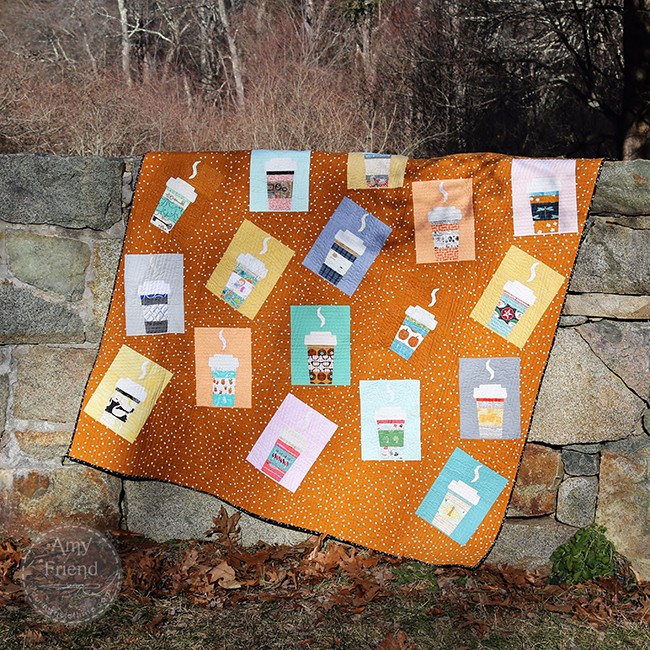 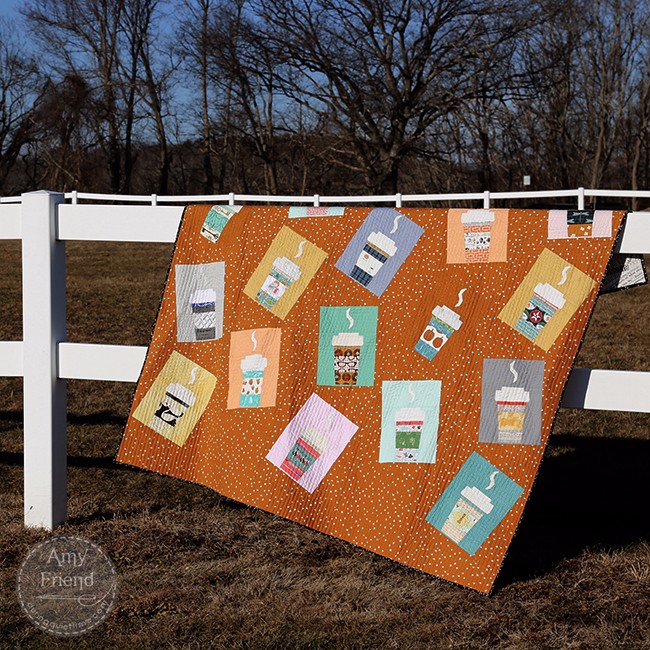 Finally!  I started this Gilmore Girls themed quilt hoping to finish it in time to watch the new episodes of the show wrapped up in it.  That didn’t happen.  But, I can watch them again and use it!  I think I will call it my Stars Hollow quilt.  For those of you who missed it, I have been sewing coffee cup blocks using my Rise and Shine Coffee paper pieced pattern and making each cup suit the personality of a character from the Gilmore Girls television show.  The quilt includes blocks for 18 of the main and supporting characters.  They were a lot of fun to make and are all documented in prior blog posts:

As I created this list, I realized that I never shared the last three blocks! Let me do that now: 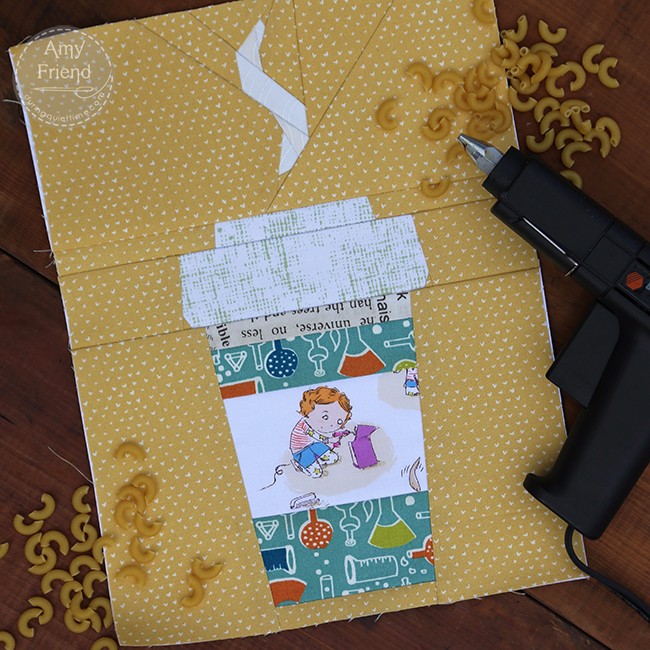 Do you remember the time when Paris lost her nanny and hired a life coach, Terrance? He helped her set up a craft corner in her Yale dorm room to calm her nerves. There was one time that she was hyperventilating because her hot glue gun leaked on her macaroni. Paris was driven and wanted to go to medical school or law school after Yale. The science fabric is for her science classes. The newspaper print at the top is there because she was editor of the paper until she was ousted. 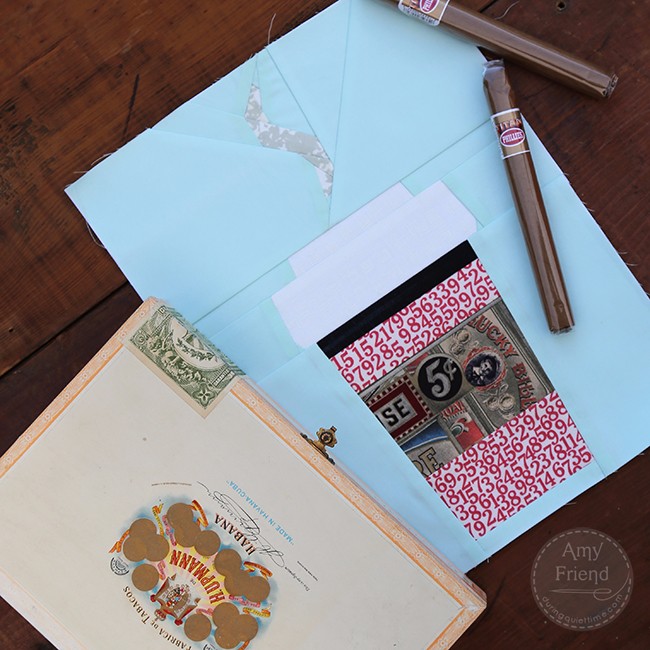 This is Richard Gilmore ‘ s coffee cup. The center piece is Cigar Box by Tim Holtz and I used it because Richard loved cigars. The numbers are used to symbolize his career in insurance followed by a few years as an economics professor at Yale. The black band is for all of his black tie events. 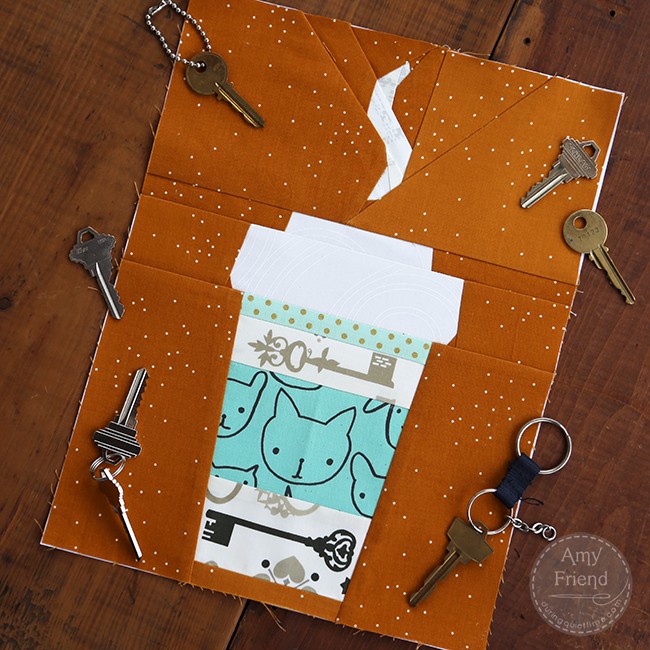 It’s Kirk’s coffee cup!  Kirk was a grown man living at home with his mother…and she wouldn’t give him his own key! At one point Kirk got a cat that he named Kirk. Cat Kirk didn’t like human Kirk and would attack and scratch him! Kirk had a million jobs. One was befriending old women who would bequeath him their jewelry and he would resell it.  The gold sparkles in the top band are for glittering jewelry. He sold Luke an engagement ring for Lorelai.

I wanted to come up with a fun setting for the blocks and knew from the start that I wanted to use this star fabric from Cotton + Steel for the background fabric (to represent Stars Hollow, of course!).  I decided to set the blocks in a topsy turvy fashion and used this tutorial to get me started. I had to adapt it because my blocks are rectangular and the tutorial was for a square block.  After a little trial and error, I got it. I placed four blocks in the first, third and fifth rows and just three blocks in the second and fourth rows.  Then I added some background fabric to the top and bottom to make sure the quilt measured slightly longer than it did wide.  I might have gone longer but I ran out of the background fabric so, that was that!  The finished quilt measures about 65″ x 68″. 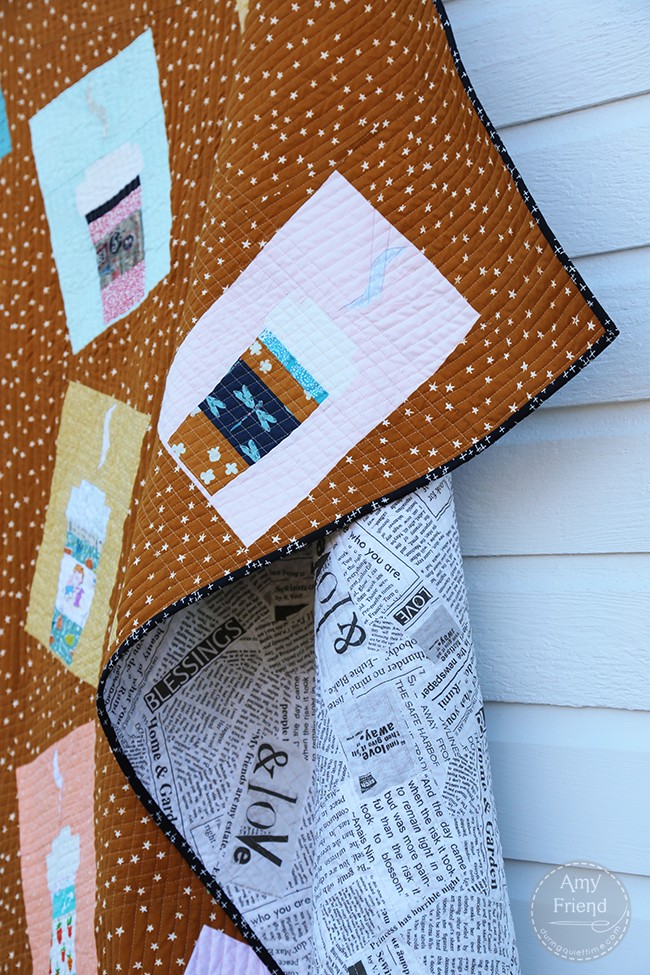 I backed the quilt in newsprint because so much of the show revolves around school and books and journalism. It seemed fitting.  I quilted in Aurifil 2315, a very light cinnamon color. I debated what color to use because some of the coffee cups had really light colors in them.  This color blended well enough against them without being too harsh on the darker cinnamon background fabric.  I stitched vertical lines but also at an angle from four different blocks out to the edge.  You can see in the image above how that created a diagonal grid in sections. I thought that this additional quilting would be much more noticeable than it actually was.  I kinda wish it popped more. 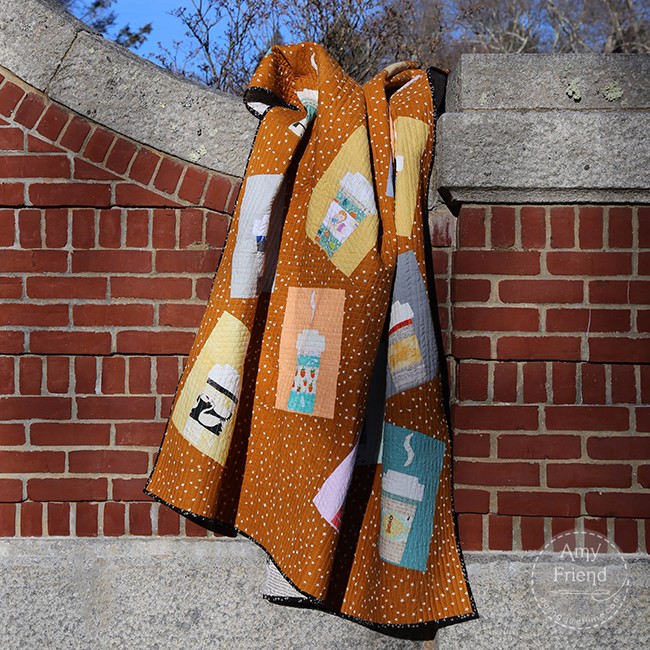 Picture taking was challenging today in New England. I took these pictures with temperatures in the teens.  My fingers nearly froze!  It’s hard when the sun is so low in the sky during the winter with all the trees casting long shadows. 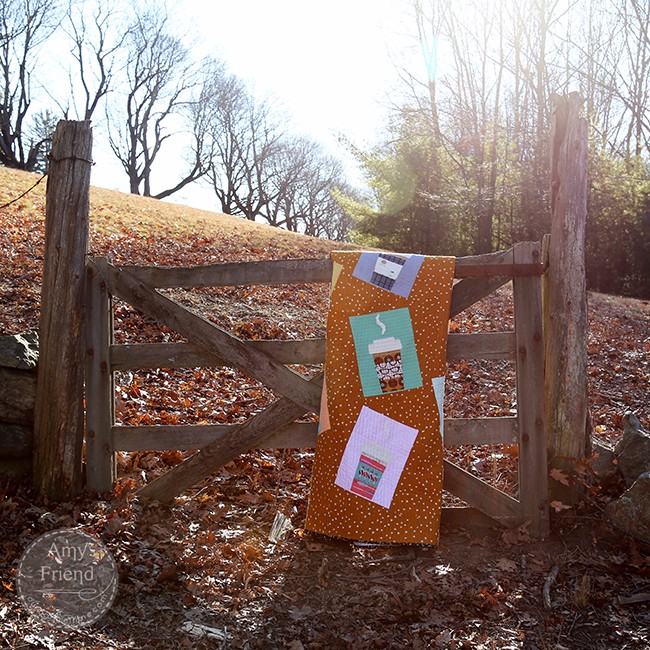 Well, thank you everyone who has joined me on this Gilmore Girls/Stars Hollow journey. It’s been fun!