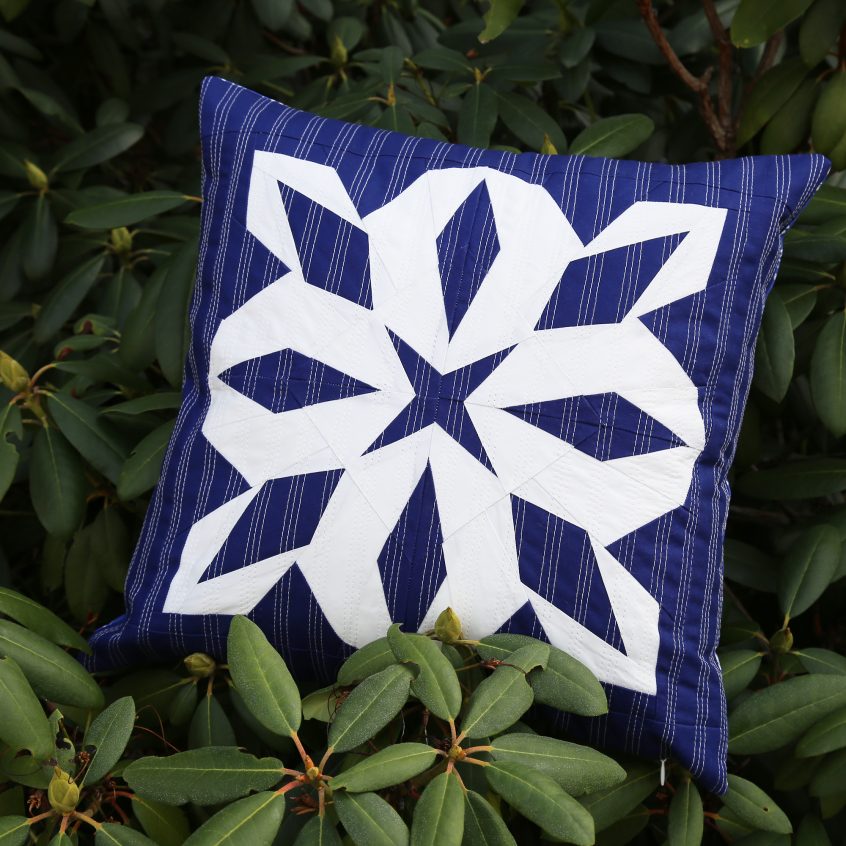 Did you know that all the snowflakes from my Papercuts BOM are available individually now?

During the year of the BOM, the blocks are exclusive to members but then I sell them individually. I thought that it was the perfect time of year to make a seasonal pillow using just one snowflake.

I asked my sister which one she liked best and the first one that she listed was Iced.

Of course, leave it to my sister, that block has nearly 100 pieces in it! I made the pillow in navy and white so that she could use it throughout the winter.

I needed to chose between navy or white for the quilting. Either was going to be high contrast. I chose white so that the snowflake wasn’t broken up. I decided to make the most of the quilting’s visibility and made a pattern with my lines. There is a 1/2″ space then three lines that are 1/8″ apart. At a quick glance, it appears that the pillow is made of striped fabric, kinda cool!