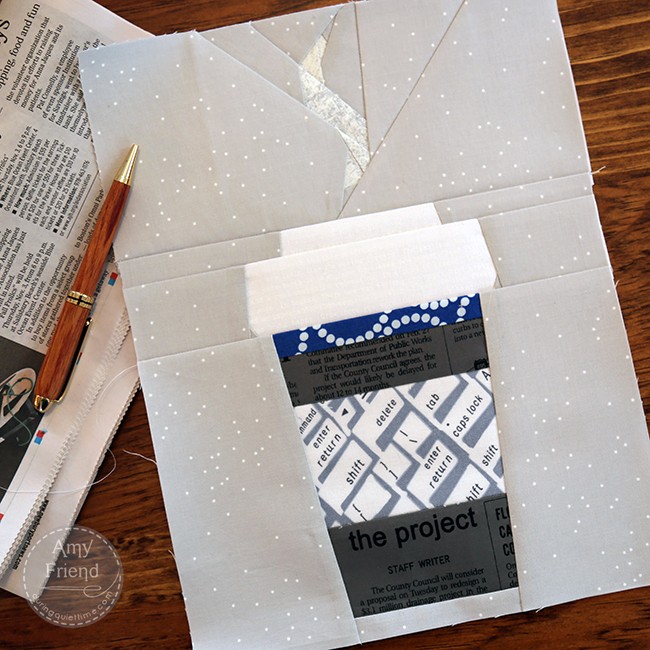 So, I had this crazy idea…I really love the Gilmore Girls television series. I just rewatched them all on Netflix in anticipation of the new episodes coming in November!  If you have watched the show, you know that coffee is a major theme!  I thought I would use my Rise and Shine Coffee pattern and personalize it for each of the characters in the show.

This is Rory’s cup.  Rory wrote for her school newspapers and wanted to be a journalist so I used a newspaper print and keyboard print.  The blue and white band at the top is for Yale, her college.  You can’t see this in the picture but I used a white on white text print for the top of the cup too! 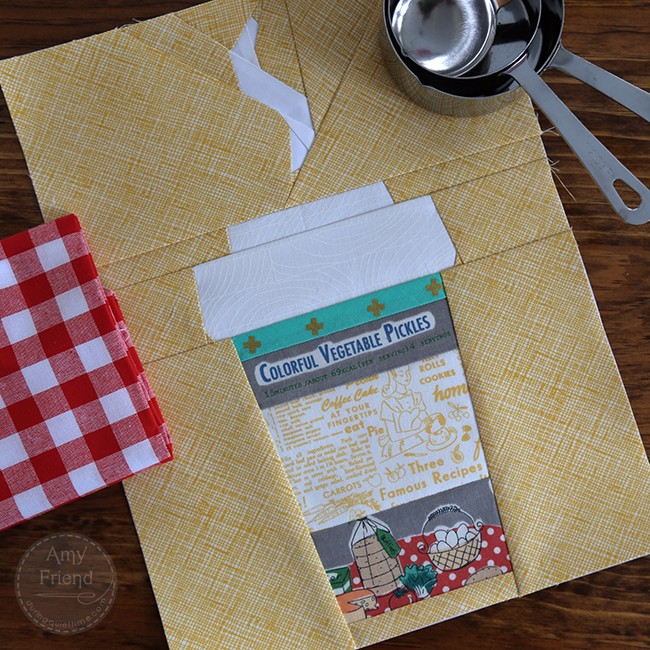 This is Sookie’s cup!  Sookie is the cook at the inn where Lorelai is the manager.  She is an obsessive cook and baker!  I used a great Japanese cooking print and a recipe text print.  The row of pluses at the top symbolize those positive pregnancy tests that took Sookie by surprise! 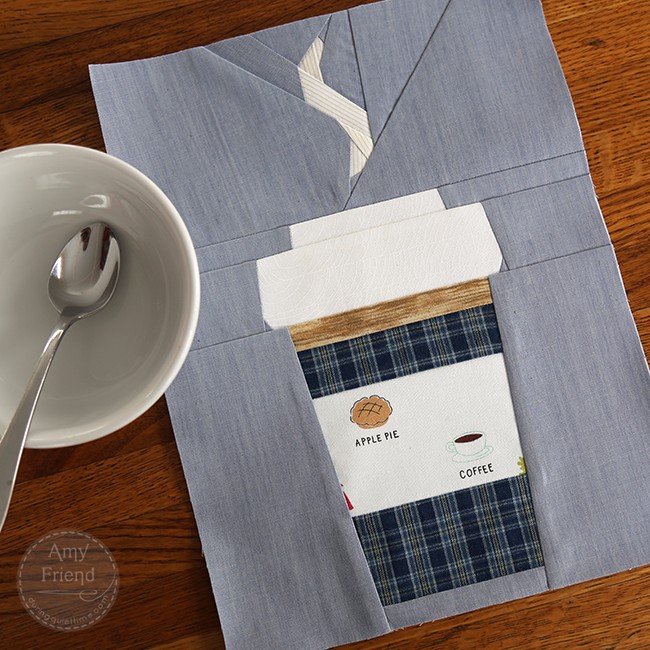 Luke owns the diner where all the coffee is served.  So, I made his cup first.  The plaid stands for his uniform of choice, flannel, plaid shirts.  And the coffee and pie are staples at his diner.  Finally, the diner is in what used to be Luke’s father’s hardware store so there is a little bit of woodgrain.

This is such a fun project and I invite you to join me if you are so inclined!  I will post the blocks as I make them on IG and Facebook and here in little batches.