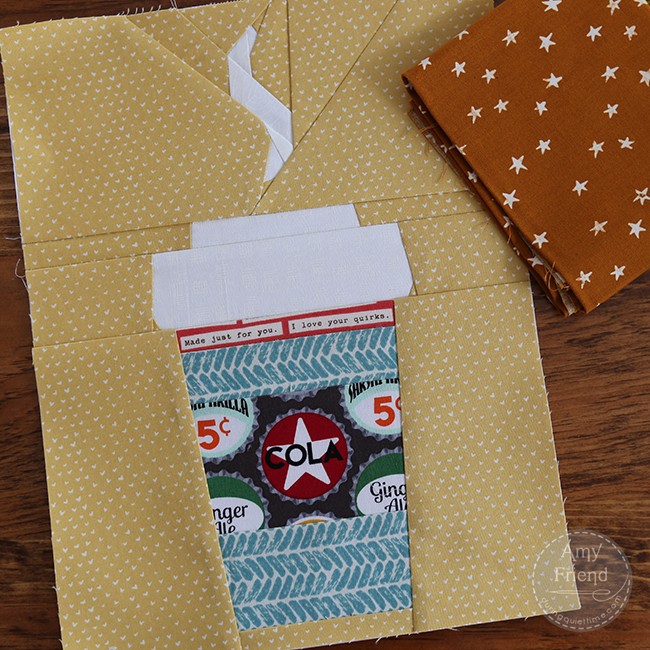 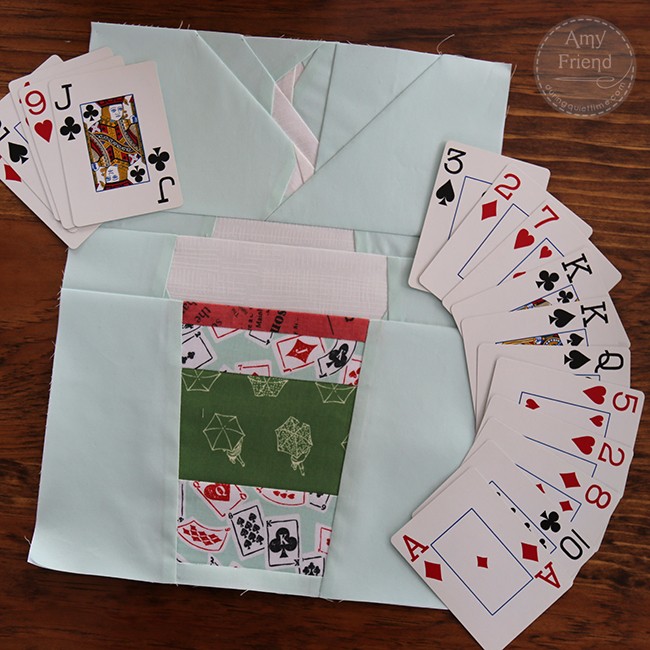 A couple of weeks ago, I started sewing blocks using my Rise and Shine Coffee Pattern and choosing my fabrics to describe each character in the Gilmore Girls series.  My goal is to finish this quilt before the new episodes air later this month!

I have invited all of you to join me and sewalong. It’s not a really official sewalong because I am winging it. But I am inviting you to wing it with me and play along. It’s a lot of fun.  At some point, I will decide that I have enough blocks and have covered enough of the characters and then I will figure out how to assemble the quilt top and will share that information too.

A couple of things to keep in mind if you are sewing along…make sure you have nearly a FQ for each block background, especially if you have a directional print.  Also, because the coffee cup tops and steam are white or near white, you will want to choose colored backgrounds with enough contrast to see the white.

This block is for Logan.  He was Rory’s boyfriend toward the end of the series. They worked together at the Yale newspaper (hence the red newspaper print).  He and Rory jumped from a high platform holding umbrellas in the Life and Death Brigade.  And finally, he was always playing cards with his buddies and he called Rory “Ace.” 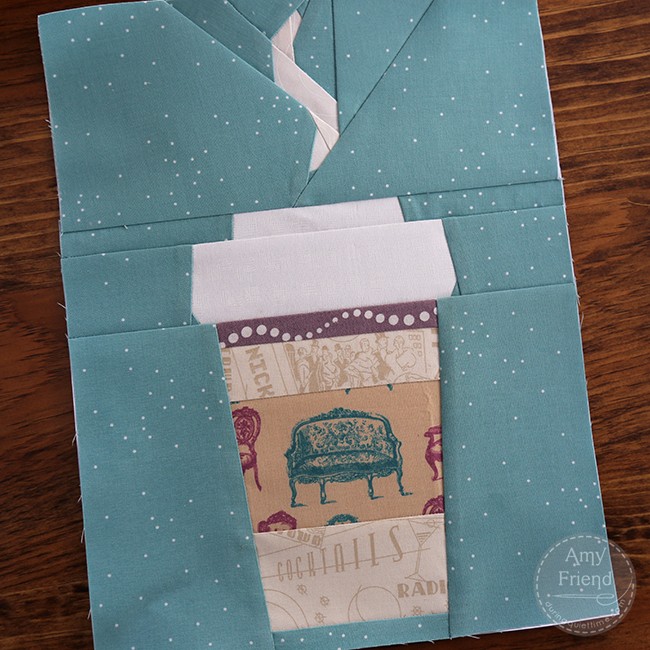 This is Emily’s block.  She is Rory’s grandmother, Lorelai’s mother.   The sofa suggests her love of interior decorating and reminds us of all those uncomfortable Friday night dinners that took place over cocktails.  The cocktail print also suggests Emily’s love for throwing elaborate catered affairs.  And finally, the cup is topped with a string of pearls suiting Emily’s station.

Dean was Rory’s first boyfriend.  I chose the text print up top that reads “I love your quirks” because Dean must have in order to hang around those Gilmore girls!  Dean worked at Doose’s market where he offered Rory a soda and held it behind his back to make her guess the flavor. Then he kissed her for the first time.  I chose the aqua print because it reminds me of tire tracks and Dean built Rory a car for their anniversary and told her that he loved her.

That star print on the side is going to be the perfect Stars Hollow sashing!!

Feel free to use my fabric combos or come up with your own for your favorite Gilmore Girls memories.